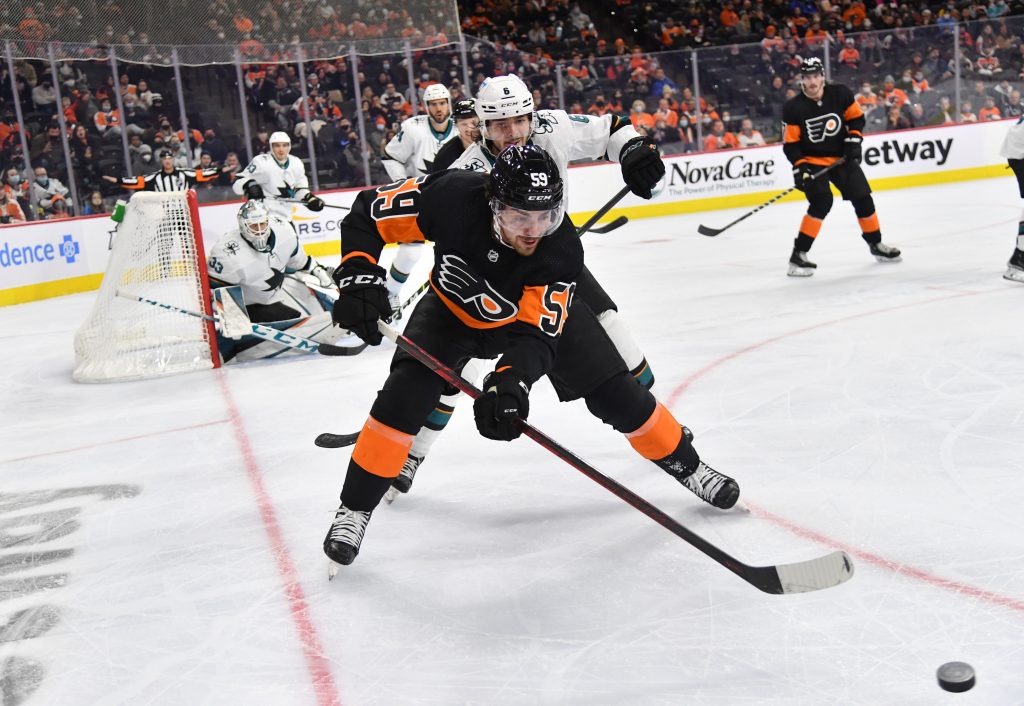 Aug 15: Philadelphia has made it official, announcing Cates one-year, two-way contract. Aug 14: The Flyers have agreed to terms with one of their remaining unsigned players as CapFriendly reports (Twitter link) that they’ve signed forward Jackson Cates to a one-year, two-way deal.  The contract will pay $775K in the NHL and $120K in the minors. The 24-year-old played his first full professional season in 2021-22, splitting time between Philadelphia and Lehigh Valley of the AHL.  He played in 37 games with the Phantoms, picking up two goals and eight assists but was able to collect his first career NHL goal in 11 contests with the Flyers. As Cates burned the first year of his entry-level deal in 2020-21 when he signed after his junior season with the University of Minnesota-Duluth, he technically wasn’t a restricted free agent.  Instead, he was classified as a 10.2(c) player (referencing the section of the CBA his contractual situation refers to); those players don’t have any salary arbitration rights nor are they eligible to negotiate or receive an offer sheet.  That didn’t give him much leverage in contract discussions although he’ll receive an extra $40K at the minor league level compared to his entry-level deal. Cates has one year of waiver exemption remaining and it’s likely that he’ll start next season with Lehigh Valley once again where he’ll have an opportunity to play his way into a recall as the year progresses. GM Chuck Fletcher still has some work to do this summer as wingers Hayden Hodgson and Wade Allison as well as defenseman Linus Hogberg are all restricted free agents.  All three saw brief NHL action with the Flyers last season and should agree to new deals over the coming days.