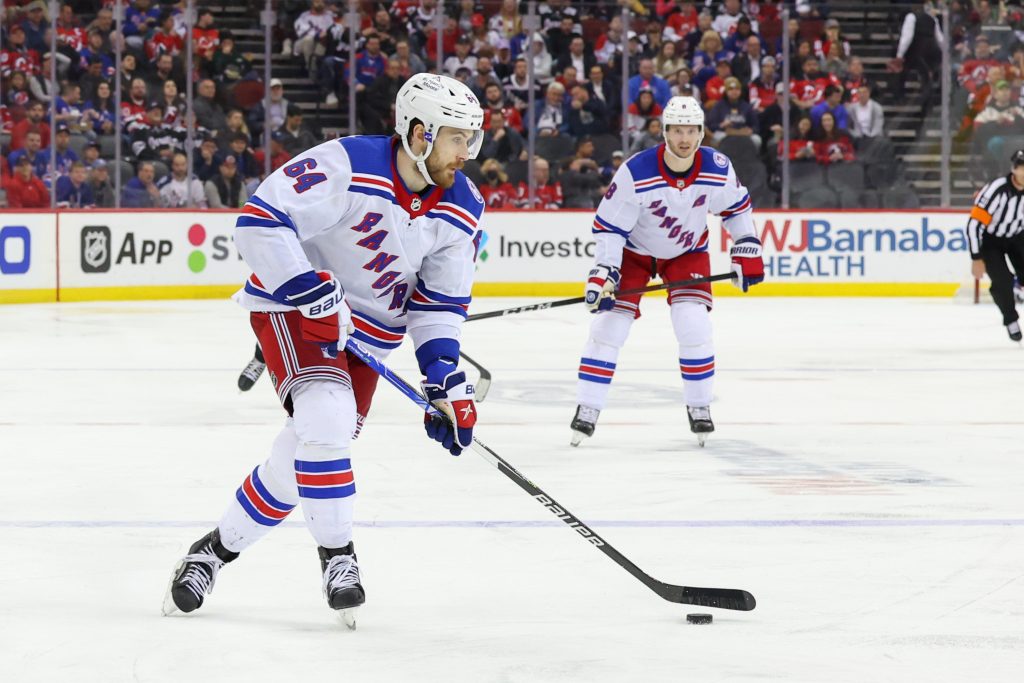 One of the most interesting names to still be available this far into free agency is Tyler Motte, the bottom-six wrecking ball that has made a name for himself over the past few years. According to Rick Dhaliwal of CHEK TV, Motte has drawn interest from five to six teams, but “financials still need to be worked out.” Motte, 27, brought back a fourth-round pick for the Vancouver Canucks at last season’s deadline when the New York Rangers loaded up for a playoff run. Despite not having a lot of offensive upside, the fast, physical forward has always been an interesting package for teams in the league. In fact, his trade this season was the third of his career, despite having fewer than 300 games of experience to this point. Originally selected by the Chicago Blackhawks in the fourth round of the 2013 draft, Motte was eventually included in the deal that saw Artemi Panarin shipped to the Columbus Blue Jackets. He was then moved again the following year in a deal for Thomas Vanek, a trade that brought him his best NHL opportunity to this point. In Vancouver, Motte became a regular, setting career-highs with nine goals and 16 points in the 2018-19 season, before really making an impact in the 2020 bubble playoffs. With 61 hits and four goals in 17 postseason games, he seemed like the perfect bottom-six option for a contender who wanted some jump and energy on their checking lines. Now, as he entered unrestricted free agency for the first time, he sits unsigned midway through August. Coming off a two-year, $2.45MM contract with the Canucks it seems likely that Motte was looking for a raise on the $1.225MM cap hit he has carried. Whether he lands that raise now, after teams have used up most of their cap space, remains to be seen.