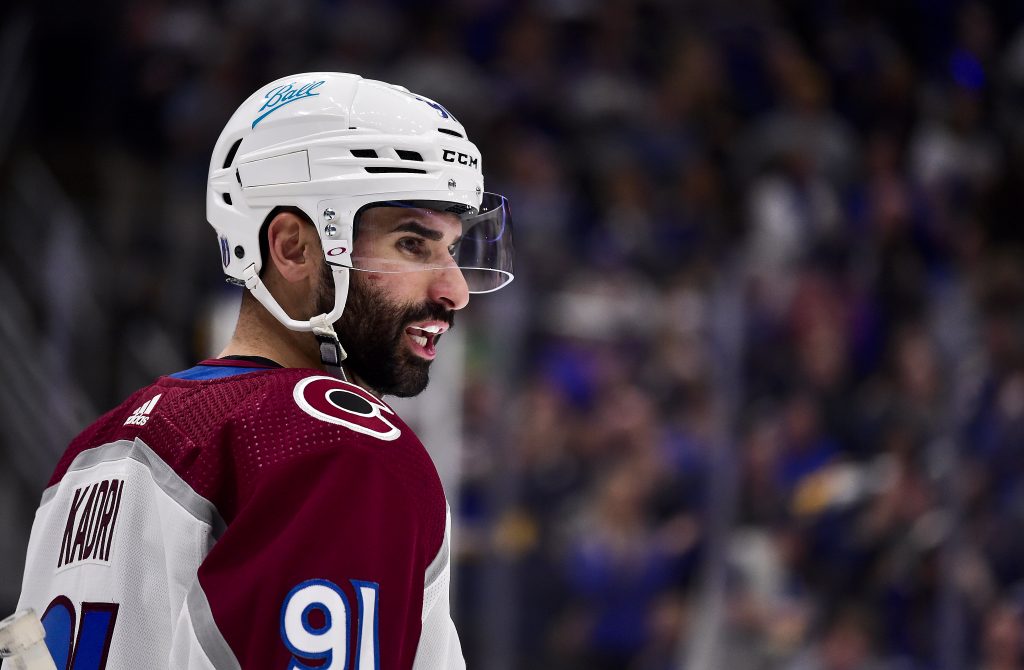 Earlier today, Stanley Cup champion and pending UFA Nazem Kadri joined hosts Nick Kypreos and Justin Bourne on the “Real Kyper and Bourne” podcast on Sportsnet, where he was asked about his upcoming free agency and his desire to stay with the Colorado Avalanche. When asked if Colorado was his number one choice, Kadri responded, “How could it not be? The Kroenke’s have been great supporters of mine and made it clear to me that they’d like me to stay also, but we understand that there’s a business aspect involved. We’re going to try to work together.” As Adrian Dater of Colorado Hockey Now points out, having the Kroenke’s, Avalanche ownership, express the desire to have Kadri stay is a good sign that it could happen, but that doesn’t mean it will be cheap. Kadri is coming off of a career-year where he scored 87 points in 71 games, adding an additional 15 points in 16 playoff games en route to a Stanley Cup championship. Colorado projects to have just under $25.7MM in salary cap space this offseason, however the team does have pending UFAs in Andre Burakovsky, Valeri Nichushkin, Josh Manson, and Darcy Kuemper, amongst others, to contend with, on top of a large raise to Nathan MacKinnon next offseason. Though it of course won’t be cheap, Kadri showing this level of interest in remaining with Colorado could give the organization some leverage to work out a contract that is not only fair to Kadri, but would play into their needs as well. This wouldn’t necessarily have to be a hometown discount, but could be a small concession in salary or term, perhaps even in exchange for more of the other, depending on what makes the most sense for both sides. Speaking to the media today, including Philly Hockey Now’s Sam Carchidi, Flyers GM Chuck Fletcher said that it was more likely the team would move down in the draft than move up. Fletcher added that he had been discussing the pick with other teams to gauge its value and would only move it for a player that could help the team win now and in the future. Assistant GM Brent Flahr, who also runs the team’s draft board, added that the team could simply move down in the draft depending on what happens, if they believe they can get the player they want later on. Philadelphia is in an interesting position with its pick, the fifth overall selection being a rather valuable pick that almost always fetches a highly-regarded prospect, but this year’s draft appears to have a fairly uniform top-three players in Shane Wright, Juraj Slafkovsky, and Logan Cooley, with the pool opening up a bit after. The Minnesota Wild kicked off the offseason blockbusters with a trade of Kevin Fiala earlier today, but that didn’t stop GM Bill Guerin from receiving questions on another of the offseason’s prime targets: goaltender Marc-Andre Fleury. As The Athletic’s Michael Russo reports, when asked about Fleury, Guerin told the media that he doesn’t have an answer yet on the goaltender, but does hope to re-sign him. Re-signing Fleury will be a challenge for the Wild due in part to the cap issues that necessitated the trade of Fiala, but also given Fleury’s preferences. When reflecting on his future after being traded from the Vegas Golden Knights to the Chicago Blackhawks last summer, then as a trade chip at this year’s trade deadline, Fleury made it clear if he was going to continue to play, he wanted to be in a competitive situation. Today’s events don’t necessarily mean that the Wild aren’t going to compete next year, but it does appear to be a step in the opposite direction of what Fleury is looking for, and at a time when every other team as well as retirement could compete for him.