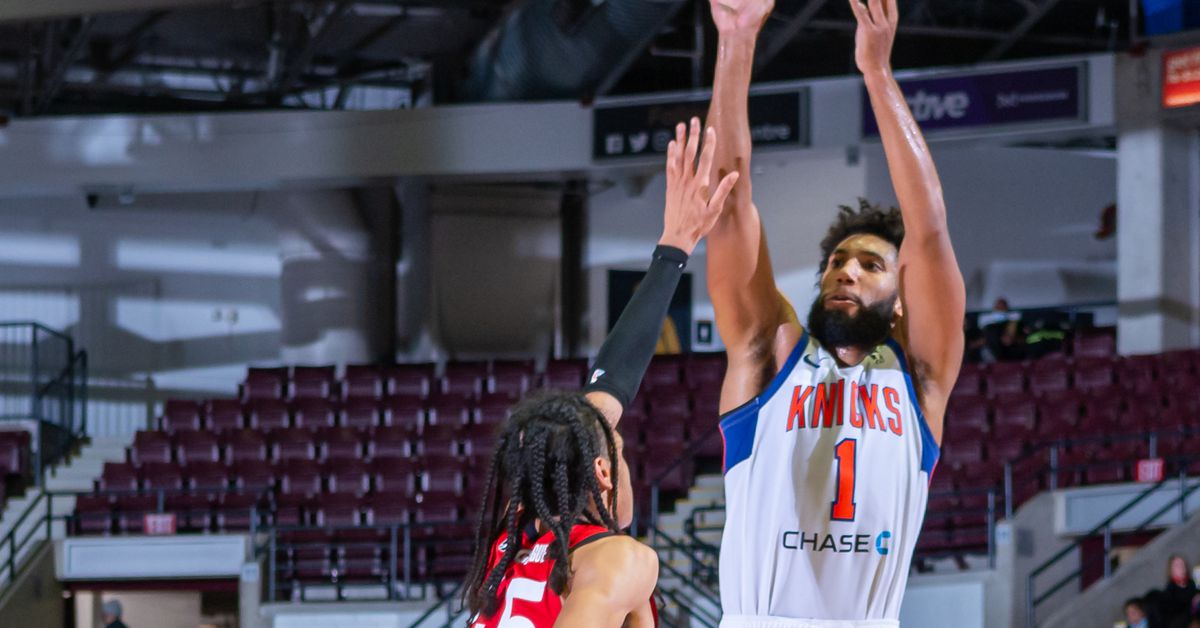 Photo by Christian Bonin/NBAE via Getty Images Brandon Williams and Tyler Hall had impressive performances in the two games against the Raptors 905. The Showcase Cup continues. The Westchester Knicks kicked off their second week of the season with a pair of games against a division opponent, the Raptors 905. The two teams faced off twice in two days at the Paramount Fine Foods Centre in Mississauga, Canada. The Raptors 905 came out of the gate and had a strong offensive first quarter. The home team built a double digit lead after the first 12 minutes and kept the ball rolling throughout the game. The Knicks struggled to score the ball in the opening quarter and couldn't contain their opponents on the offensive end. The Raptors 905 were getting to the basket and scored 58 of their 119 points in the paint. Westchester had trouble defending the perimeter, as their opponents shot 45.5 percent (15/33) from beyond the arc. Andrew Rowsey and Isaac Bonga were driving forces for the home team, as the former shot the ball well from deep and the latter made an impact in many ways. Westchester dropped the first game of the back-to-back, 119-95. Brandon Williams led Westchester with 17 points, five rebounds and five assists. MJ Walker finished with 15 points (6/12 FG and 3/6 3PT). Tyler Hall recorded 14 points, seven rebounds and five assists. Aamir Simms notched a double-double (14 points and 10 rebounds). The Westchester Knicks started off Friday’s contest on a high note by shooting the ball well from deep. The team shot 62% percent from beyond the arc and put up 35 points (most in a quarter this season) in the first quarter. Not only did the buckets keep falling, but the Knicks were distributing the ball well in the first half, as the team had 17 assists on 23 field goals made. The Raptors 905 started to cut their deficit in the fourth quarter. The Knicks were struggling on the offensive end. The team missed 12 straight perimeter shots in the second half and scored four points in the first eight minutes of the fourth quarter. Westchester fought hard in the final minutes of the game and took the lead with seventy-five seconds left. The Raptors 905 hit some big shots late in the game and walked out with a 119-116 win. Brandon Williams led Westchester with 27 points (4/10 3PT), five assists and five rebounds. Tyler Hall finished with 21 points (5/13 3PT), seven assists and two steals. Aamir Simms totaled 16 points (2/2 3PT), five rebounds and four assists. MJ Walker recorded 15 points (3/8 3PT), six assists and four steals. The Knicks shot 43.5 percent from deep (20/46). Westchester is back in action on Wednesday against the Long Island Nets at 7:00PM on ESPN+.

Lakers Have 'No Current Plans' To Fire Frank Vogel

Who has made the most three-pointers for every NBA team?