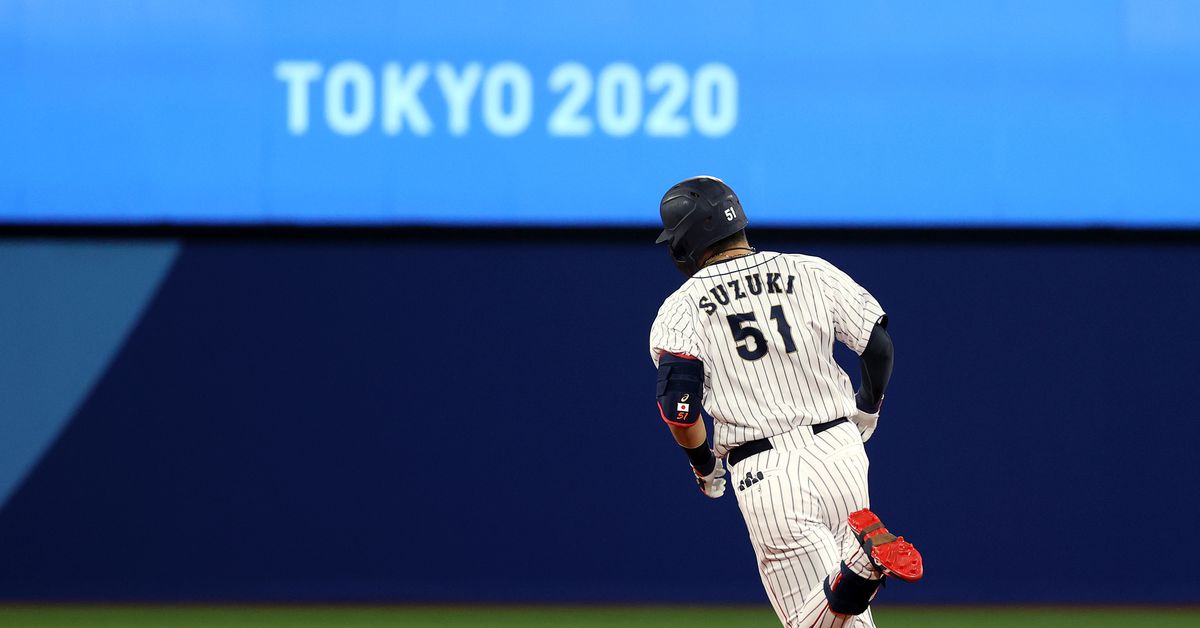 Photo by Koji Watanabe/Getty Images Should the Yankees be interested in one of the best hitters in NPB? Outfield isn’t the most barren position for the Yankees with the likes of Aaron Judge, Joey Gallo, Giancarlo Stanton, and Aaron Hicks in the organization. However, Hicks missed nearly all of last season after undergoing wrist surgery. He seemed to be on track to be able to have a normal offseason in preparation for next year, but he’s going to be a question mark going into 2022. Beyond that, Brett Gardner and Clint Frazier are both now technically not in the organization. So, while they have some big names penciled into outfield spots, there is still room, particularly if they want a center fielder. Should Seiya Suzuki be someone they consider going after? The 27-year Suzuki has been a star in Japan in NPB for several years now. In nine seasons with the Hiroshima Carp, the outfielder has hit .315/.415/.571 with 182 home runs, including a career-high 38 in 2021, and 82 stolen bases. He’s a five-time NPB All-Star, and has several times been named both a Golden Glove winner for fielding and a NPB Best Nine winner for being the best player at his position. He was a teammate of Masahiro Tanaka on the Japan national baseball team that won the Olympic gold medal last summer. Suzuki has pretty much done it all in Japan and is reportedly about to be posted to come over to MLB. The major thing to consider about Suzuki is how would he fit. While Judge did play some center field last year in the Yankees’ “Jumbo Package” lineup, he probably can’t play there full time, and it would take the next coming of Babe Ruth to unseat him in right. As long as he’s on the roster, Gallo is set in left, providing solid defense, but not enough to be an everyday center fielder. Therefore, if the Yankees sign a outfielder, you’d have to think it’s either a center fielder or someone who can cover there with Hicks a question mark. With the Carp, Suzuki has mostly played right field thanks in part to his highly-rated arm. Seiya Suzuki showing off the arm! Another assist for Suzuki on the year as he guns down the runner at home! pic.twitter.com/uTmJM7EdZz— Tom Mussa v2 (@tom_mussa_v2) August 14, 2021 However, he does posses some good speed, and some scouting reports think he has the ability to play center. His Defensive Runs Saved and UZR are among the best in NPB. Between that and the aforementioned Golden Gloves, his defense seems good enough to make the transition. Another big question is whether Suzuki’s offense would make the transition. On one hand, since coming over from NPB, Shohei Ohtani hasn’t had any problems adjusting to MLB pitching. However, Ohtani appears to be some sort of alien or mythical creature. Another NPBer who recently made the transition was Yoshi Tsutsugo, who has put up below league average stats in 387 MLB plate appearances so far. (Although, he put up some very solid numbers in 43 games with the Pirates after going there in August.) Obviously, they’re different players, but it’s something to keep in mind. One thing about Suzuki’s game that could portend to his successfully transitioning is his patience. He’s put up an OBP over .400 every year but one since 2016. Last year, he walked more than he struck out, and has gotten good reviews for his ability to battle back after falling behind and work the count. He also saw a massive increase in power down the stretch this past season, and finished the year with a career-high 38 home runs. The MLB Trade Rumors free agent predictions projected him to get a five-year, $55 million deal, which doesn’t include the posting fee. One thing that could provide some complications to him coming over is that the most recent posting fee agreement ran through the end of CBA, and as you may have heard, we’re in the middle of a lockout. The old posting system in use in the past couple years calculated the fee based on the terms of the player’s contract. If the new one ends up being similar, the predicted $55 million dollar contract would equate to a fee around $10 million. Seiya Suzuki would be a very intriguing option for the Yankees. While positionally he might not be a perfect fit, he seems like he has the type of bat to make a real impact on an MLB level. However, there seem to be teams connected to him more closely, and it’s unlikely the Yankees would go after him. Could be fun though!

‘This is the best job in baseball’: Why the assistant GM role has become so popular in MLB front offices

The Yankees might have stumbled upon another underrate bullpen arm

A breakdown of the Dodgers international free agent class

25 Smartest Moves of the Past 25 Years: The David Justice trade