Lightning Round: An old friend signs a new deal 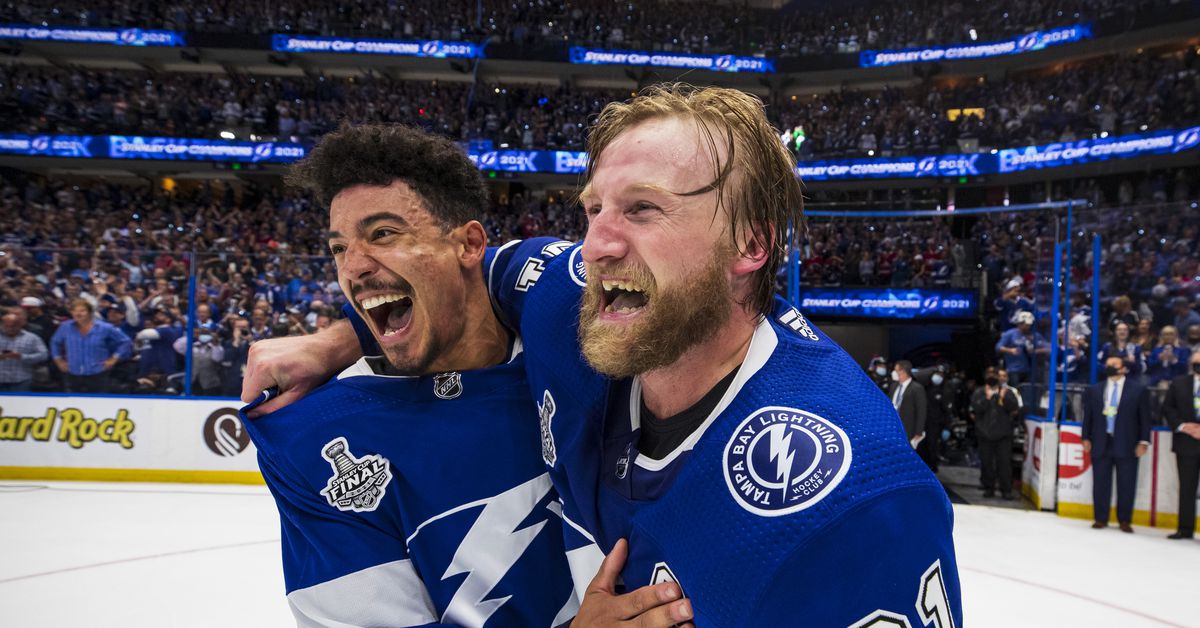 Photo by Scott Audette/NHLI via Getty Images Mathieu Joseph will be in Ottawa for a few more years Mathieu Joseph was scheduled to have an arbitration hearing with the Ottawa Senators on August 1st. He can cross that off of his scheduled. The former Tampa Bay Lightning forward agreed to a four-year, $11.8 million contract. Following the deal that sent Joseph north of the border in exchange for Nick Paul, the 25-year-old recorded 12 points in 11 games. He did most of that on the top line with Brady Tkachuk. With some of the moves the Senators made in the off-season (hello there, Alex DeBrincat) it’s likely that Joseph may move down to their third line. Even if he does see a little less time on the top line, he should still live up to the $2.95 AAV through his prime years. As Lightning fans recall, the speedster kills penalty at a pretty good rate and generates plenty of chances at 5v5. One noticeable difference with Ottawa is that Joseph scored 4 goals in 11 games, converting on 21.1% of his shots on goal, well above the 14.5% shooting percentage he had with the Lightning. Congrats, MattyJo! Lightning / NHL News All the breweries pouring at Bolts Brew Fest [Creative Loafing] The craft beer event is heading to Amalie Arena next Friday with over 50 breweries pouring samples of their best beers. Most of the local brewers are represented as well as some national ones such as Founders and Ommegang. Why the Lightning are betting on Philippe Myers [The Athletic] It seems the Lightning feel like Myers has the potential to be a regular on the right side. He’ll get a chance to show what he can do with Zach Bogosian on the sidelines for the first couple of months. Hopefully, they can unlock the Myers that showed so much potential with the Philadelphia Flyers and not the one that struggled with the Nashville Predators. Adidas won’t renew NHL uniform deal after 2023-24 season [ESPN.com] They’ll finish out the seven-year deal they signed with the league back in 2017-18, but won’t renew the agreement after that. As of right now there is no word on who might replace them, but Nike seems to be a possible front-runner. Patrick Marleau to have his number retired by the Sharks [Sportsnet] His No. 12 will be the first number to be retired by the San Jose Sharks. He’s the franchise leader in goals (522) and points (1,111). He also holds the record for most games played in NHL history with 1,779 - 1,607 of which were with the Sharks. Kaapo Kakko signs two-year extension with New York Rangers [Blue Shirt Banter] There were some who thought that Kakko’s days with the Rangers were numbered after he was scratched in the Game Six loss to the Lightning in the Eastern Conference Finals last season. There was no trade or offer sheet and the 21-year-old will be on Broadway for two more seasons at a decent AAV of $2.1 million. Embattled Hockey Canada president resists calls to step down [TSN] Hockey Canada president and CEO Scott Smith believes he can lead Hockey Canada through the controversy stemming from the sexual assault involving players from the 2018 world juniors team. As the government continues its hearing into how the organization handled it, there have been calls for his resignation. For now he is resisting the call: “I’m prepared to take on this responsibility for change within our game,” Smith responded to [MP John] Nater. “I believe I’ve got the experience to do it. Should our board, or the governance review that we’ve outlined in our action plan suggest that I’m not the person, then I’m prepared to accept that.” He also confirmed that Hockey Canada is still expecting to participate in the World Juniors Championship next month.