Lightning Round: Contenders with cap space burning through their pockets 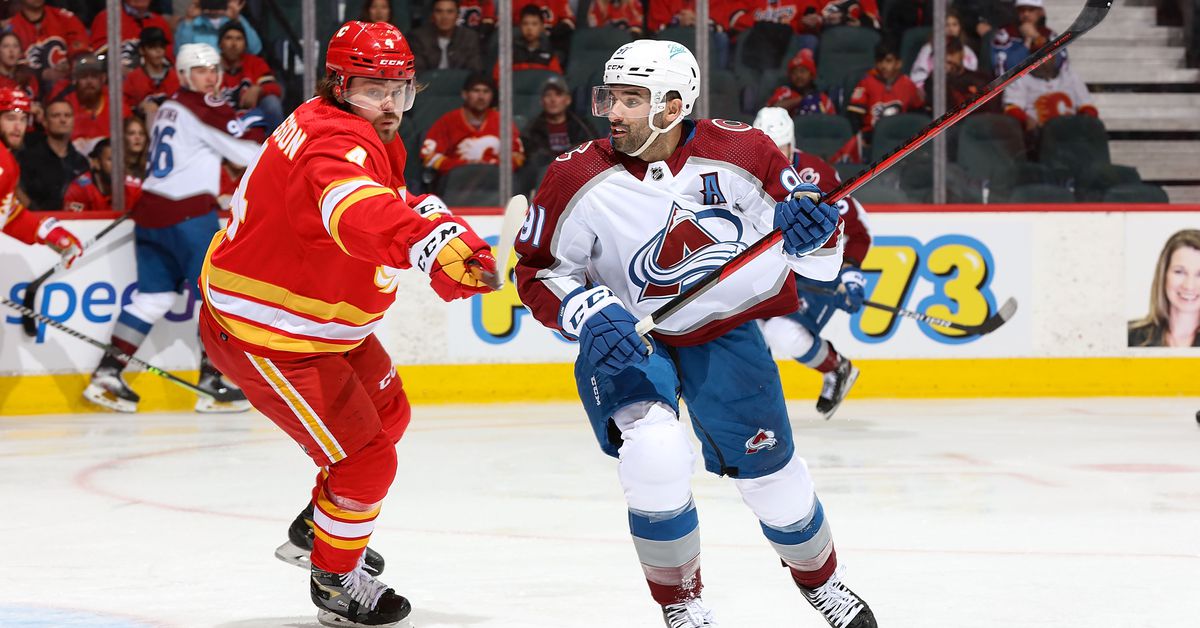 CALGARY, AB - MARCH 29: Rasmus Andersson #4 of the Calgary Flames battles against Nazem Kadri #91 of the Colorado Avalanche at Scotiabank Saddledome on March 29, 2022 in Calgary, Alberta, Canada. | Photo by Gerry Thomas/NHLI via Getty Images A wise woman once said, unused cap space is leaving wins on the table. New York Islanders: $11.1 million If the Islanders really want to, they can give Noah Dobson, Alexander Romanov, and Kieffer Bellows a lot more money than they need to. Once those players are signed, there’s going to be a lot more money left to spend. I hear Lou Lamoriello has a Nazem Kadri contract in his desk. Targets: Nazem Kadri, PK Subban, Evan Rodrigues Boston Bruins: $4.7 million If Patrice Bergeron wants to comes back, it’ll be for cheap. He’s 37 and has already made almost $100 million in his career, according to CapFriendly. The Bruins also have Pavel Zacha to sign. Maybe that’s all they do. It is what it is when you’re the highest spending team on defense in the league: $31.9 million, $16 million for a first pair. Targets: Patrice Bergeron, Johan Larsson, Tyler Motte Minnesota Wild: $4.3 million The Wild have no RFAs to sign, they should probably be trying to add at forward. Maybe they’re worried about pending UFA Matt Dumba’s extension next summer. Still, this is cap space for this year. Targets: Paul Stastny, Sonny Milano, Tyler Ennis Colorado Avalanche: $3.9 million Another team worried about cap space a year from now. Colorado needs space to give Nathan MacKinnon a healthy raise (possibly double his current $6.3 million cap hit). They have Erik Johnson, who is essentially dead money at this point. They have a Nazem Kadri sized hole on their second line (Jesse Compher’s brother can’t do it). If they want to contend, they’ll need someone. I’m sure they don’t want Kadri’s term with MacKinnon’s contract coming up, but perhaps a season-long rental from another team. Are they interested in re-acquiring Alex Kerfoot? Targets: Connor Brown, Alex Kerfoot, Pius Suter, Lars Eller Calgary Flames: $2.7 million Lost a lot of talent in free agency, lost their prized young player, made up for it with an elite passer signed for his 30s. If the Flames want to be better, they have a lot of money they can spend if they have the guts to get rid of Sean Monahan’s final year ($6.3 million, on and off LTIR). I’m sure he’ll enjoy Arizona and their college-level facilities. They should be trying to get Kadri, but it doesn’t sound like they are. Targets: Nazem Kadri, Paul Stastny, Sonny Milano In the news, Team USA have their roster for the summer Men’s World Juniors (belated after winter virus outbreak). No Lightning prospects, sadly. I was hoping for Isaac Howard maybe, but it was going to be unlikely. We've got our squad. #WorldJuniors More → https://t.co/Mtw4GaYBjA pic.twitter.com/AphnVpkwcZ— USA Hockey (@usahockey) August 7, 2022