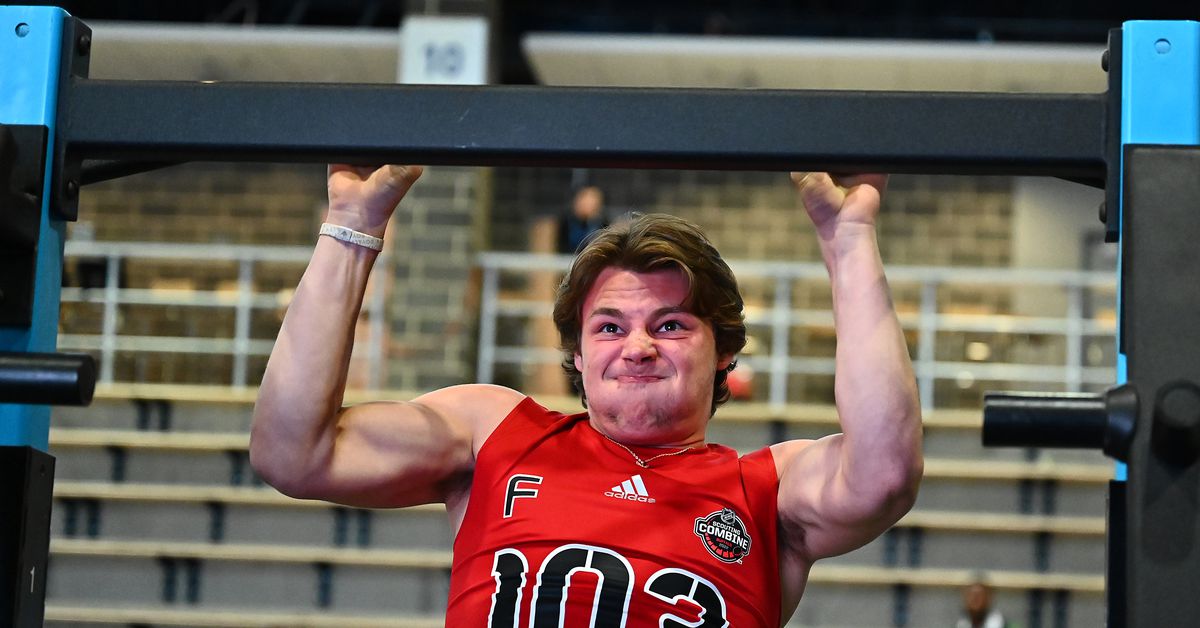 Photo by Joe Hrycych/NHLI via Getty Images Sweet. It’s been quite awhile since the Tampa Bay Lightning have had an offensive prospect to get super excited about. Sure, Ross Colton might have a Stanley Cup clinching goal and Anthony Cirelli will likely win a Selke at some point in his career, but they haven’t generated true excitement, right? Jonathan Drouin was probably the last pure playmaker that came through the system, but life had a different directions for him and the Lightning. Now, with Isaac Howard in the system, that seems to have changed. For the first time in a few years, a Lightning forward is starting to pop up on mainstream media lists for “best prospects” in the NHL. Most recently, it was Scott Wheeler of The Athletic, who just released his Top 50 NHL Prospects Under the Age of 23. Howard was ranked 25th on the list, but Wheeler had high praise for the forward. He’s also one of the more dangerous players in the offensive zone on this list with the puck and yet he’s even more dangerous off of it, with a scorer’s sixth sense for always arriving just on time in Grade-A locations (whether that’s hiding in coverage or just staying around the puck at the net). Who was the last Lightning prospect someone said that about? Nikita Kucherov? Part of the reason the national media constantly ranks Tampa Bay’s prospect pool towards the bottom of the league is because most of their young forwards are of the same mold - middle-to-bottom six forwards that play a 200-foot game. Seriously, that describes half of the players in Syracuse right now as well as three or four players already on the Lightning. Part of the reason is that the Lightning have sacrificed their early round draft picks for immediate help at the NHL level. Needless to say those choices have paid off quite well, but have left the system drained of high-end talent. Talent that they haven’t needed because they still have some pretty good players on their top-six right now. However, those players are starting to age so it’s nice that they have someone that people outside of the Tampa sphere of influence are excited about. Now comes the hard part, waiting for him to be ready for the NHL. Lightning / NHL News Jesse Puljujarvi Avoids Arbitration [Copper N’ Blue] You already know where I stand: the best idea here is if the Oilers plan on keeping Jesse Puljujärvi and putting him in the lineup for 2022-23. Puljujärvi had career high in goals (14) and points (36) in a season that saw him with two major injuries and a bout with Covid-19. Puljujärvi made every line he played on better, from the top line to the third. He didn’t dazzle with gaudy goal totals (his 8.8 S% last season is a bit light), but even the top line was more productive while Puljujärvi was on it compared to when it was anyone else at 1RW. Sheldon Kennedy calls for Hockey Canada leadership to step down [Sportsnet] “I think strong leadership is about asking for help and bringing in the right people to help them, the right organizations to help them,” Kennedy continued. He said at the time he believed that rather than outsourcing help, Hockey Canada was trying to solve its problem internally – “and I think that might be their downfall.” Jury finds former Canucks forward Jake Virtanen not guilty of sexual assault [Vancouver Sun] Virtanen was charged in January with sexual assault in connection with an incident in a downtown Vancouver hotel room in September 2017...Virtanen was a right-winger for the Canucks when the allegations surfaced in May 2021. The team placed him on leave and bought out his contract the following month. NHL’s 10 Worst Contracts [The Athletic] [Tyler] Seguin currently holds the worst contract in hockey and his chances of living up to his deal have fallen below 10 percent. That’s not a pretty sight for Stars fans, but maybe a long offseason and a new coach can help facilitate a return to his former glory. The odds definitely aren’t in Seguin’s favour, but they aren’t zero for the former superstar. Jonas Siegenthaler signs a deal with the Devils [All About the Jersey] All three would also agree that this contract is utterly fantastic. A steal, if you will. The Devils locked up Siegenthaler with a cap hit of just $3.4 million per season all the way through the 2027-28 season. The team’s announcement included a salary breakdown that I do not think anyone can be mad at. Siegenthaler will make $4.25 million in 2023-24, which is a hefty raise from the $1.2 million he will get in this coming season.