Lightning Round: The Hlinka-Gretzky Cup is under way! 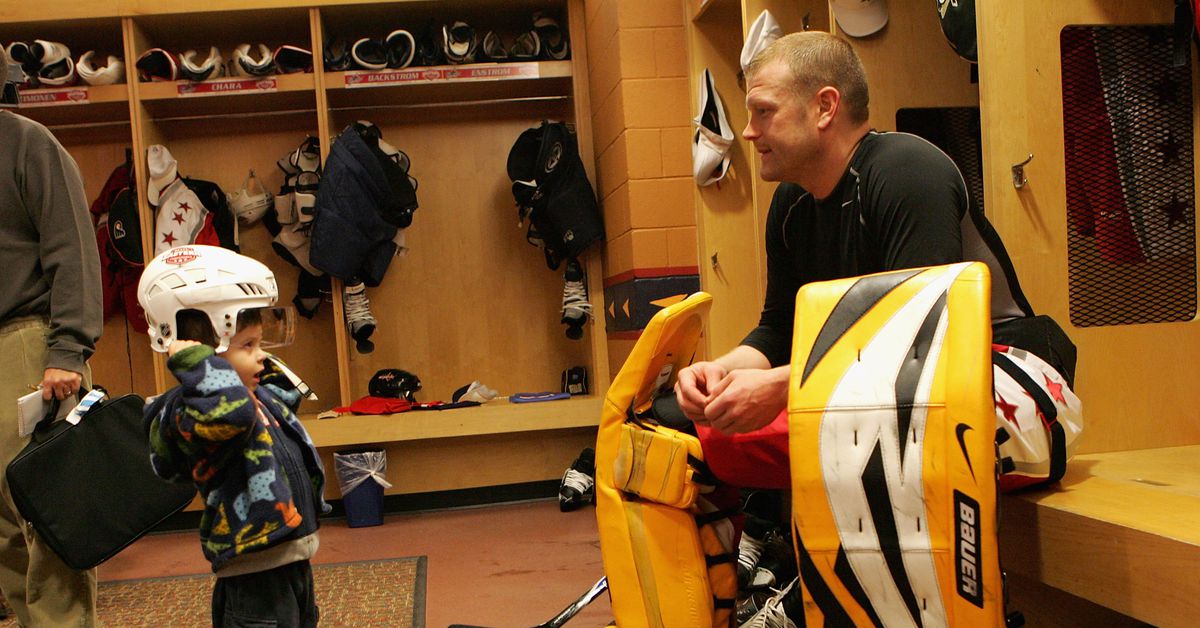 Photo by Bruce Bennett/Getty Images What? It’s live hockey. See that kid in the photo with Tim Thomas from 2008? That’s Lucas St. Louis, son of former Tampa Bay Lightning forward Marty St. Louis. Lucas is still a kid, but is now old enough to represent his country in an international tournament of note. He’s playing for Team USA in the Hlinka-Gretzky Cup, an international tournament featuring some of the best Under-18 players in the world, or at least in Canada, the United States, Finland, the Czech Republic, Germany, Sweden, Switzerland, and Slovakia. For prospect watchers it’s really the first chance of the season to see some of the players that will be household names by the time the 2023 NHL Draft rolls around. The US kicked off their tournament on Sunday in style with an 8-1 win over Germany. Czechia defeated Finland 4-3 in a shootout and the hosts, Canada, (the tournament is taking place in Red Deer, Alberta) dispatched the Swiss, 7-0. Team Canada is the likely favorite and that is without presumptive 2023 Number One pick Connor Bedard who is training with the Under-20 team in preparation for the World Juniors in a couple of weeks. Sweden and Slovakia open their tournament on Monday while the US takes on Finland and Germany matches up against Czechia. Team USA wraps up their group play on Wednesday against Czechia. The tournament will take place all week long with the group round wrapping up on Wednesday, the knockout round on Friday, and the medal round on Saturday. It does appear that the Team USA games will be broadcast on the NHL Network as will the bronze medal and gold medal games on Saturday. It might not be NHL hockey, but it’s live hockey. Lightning / NHL News NHL Off-season Outlook: Tampa Bay Lightning [The Hockey News] The first off-season outlook of the year has real, “We’re not sure what’s going to happen, but they have Vasilevskiy, so why not?” vibes going. Granted, they’re not wrong. Do we really know how the Lightning are going to do with their re-tooled defense? Malik joins Lightning prospects after 20-hour trip [NHL.com] Nothing like being asleep when a team selects you in the NHL draft. Granted Nick Malik was in Finland so there was a bit of a time difference so we can cut him a break. The young goaltender has fond memories of riding scooters around Tampa when he was a kid during his dad’s one season with the Lightning in 2008-09. Come see us tomorrow morning! pic.twitter.com/3fwcfuY7bZ— Tampa Bay Lightning (@TBLightning) August 1, 2022 It was a quiet weekend on the free agency front as no one of note signed a NHL deal. Actually, from what I can see, no one signed a NHL deal at all. It seems most of the signings involved players finding deals in Europe - Nick Shore with the Swiss Club HC Ambri-Piotta and Bryce Gervais with the Stavanger Oilers in Norwary. Seriously, the biggest news as far as signings is probably the reports that Todd Nelson signing with the Hershey Bears. AHL coaching news! Keep an eye on ;I’m told @Capitals @TheAHL Affiliate @TheHersheyBears are closing in on hiring former @DallasStars Asst Coach Todd Nelson as the new HC in Hershey PA. @espn @NHLNetwork @NHL #HockeyTwitter— Kevin Weekes (@KevinWeekes) July 31, 2022