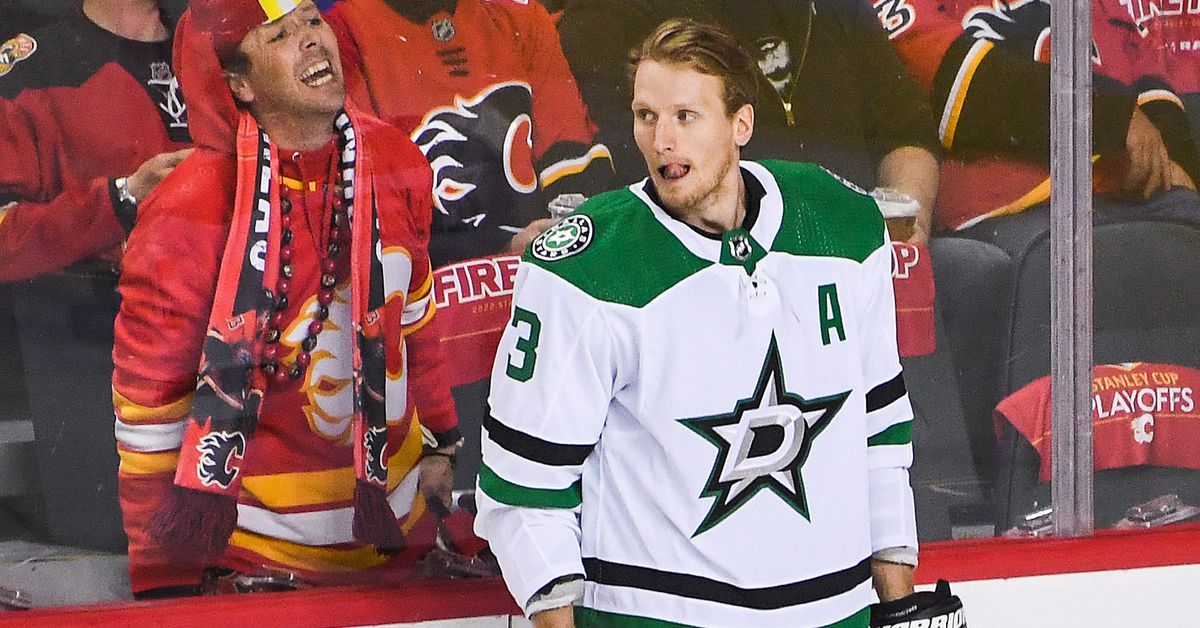 CALGARY, AB - MAY 11: A Calgary Flames fan tries to distract John Klingberg #3 of the Dallas Stars during warm-up prior to Game Five of the First Round of the 2022 Stanley Cup Playoffs between the Dallas Stars and the Calgary Flames at Scotiabank Saddledome on May 11, 2022 in Calgary, Alberta, Canada. | Photo by Derek Leung/Getty Images It’s the free agency that never ends, and it goes on and on, my friends... Free agency this summer has been a weird, inconsistent, running of the tap. The biggest news on the first day of free agency was the Tampa Bay Lightning signing all their RFAs to long extensions, but many larger UFAs have yet to sign and find a home. Nazem Kadri has been loudly rumored to be signing with the Islanders, while old Lou Lamoriello just hasn’t gotten around to submitting the contract form for some reason, but other players like John Klingberg don’t seem to have a contract at all. Klingberg, who got married last week, has reportedly left his longtime agent Peter Wallen for Newport Sports. Speculation now indicates Klingberg missed the boat this summer and might have to sign a one year deal and try again next year. I’m told free agent defenseman John Klingberg has parted ways with longtime agent Peter Wallen.Klingberg is now being represented by Newport Sports Management.— Frank Seravalli (@frank_seravalli) July 27, 2022 Meanwhile at the other end of the free agency spectrum, young RFA-turned-UFAs like Ryan Donato and Danton Heinen ended up both signing back with the teams that didn’t qualify them, signing cheap contracts at good value for their teams. Donato got a one year deal worth $1.2 million, while Heinen, who scored 21 goals last year, is going back to Pittsburgh at one year and only $1 million. Breaking: Ryan Donato is back with the Kraken for 2022-23. Will get a one-year extension worth $1.2 million.— Mike Benton (@Benton_Mike) July 27, 2022 The Penguins have agreed to terms with forward Danton Heinen on a one-year contract. The one-way deal will run through the 2022.23 campaign and carries an average annual value of $1 million. https://t.co/MBVi6ousgL— Pittsburgh Penguins (@penguins) July 27, 2022 The Lightning are completely capped out (thank you, JBB, for getting all your business done early so we can have a summer), but other teams still have some options for quality depth at team-friendly prices. Some names include Sonny Milano, Zach Aston-Reese, Phil Kessel, Victor Rask, Evan Rodrigues, PK Subban, Paul Stastny, Tyler Motte, Johan Larsson, Tyler Ennis, Sam Gagner, and Derek Stepan. The prices are only getting lower as players want to make sure they’re entering the season with contracts and not PTOs.