Lightning Round: Victor Hedman buys a soccer team, well at least part of one 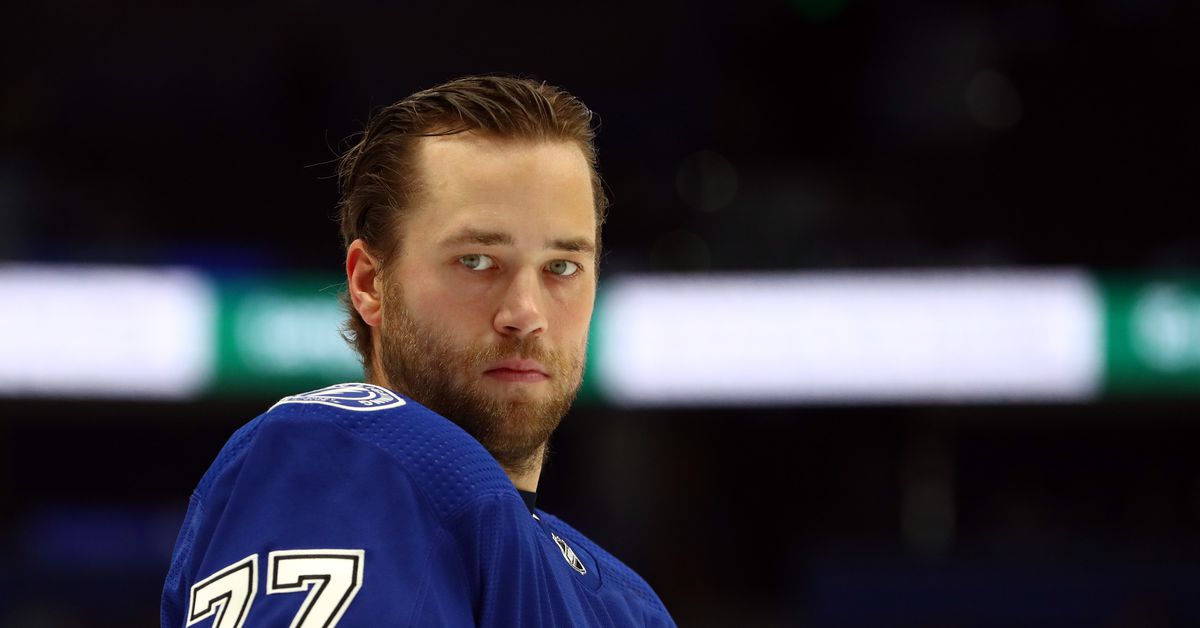 Kim Klement-USA TODAY Sports Guess it’s time to root for the Plymouth Argyles Tampa Bay Lightning defenseman Victor Hedman is diversifying. Not only is he a two-time Stanley Cup winner, he is now part owner of a soccer club. The Plymouth Argyle Football Club play in the EFL League One, a third-tier league in England. The Pilgrims have been in existence since 1886 and play their home games at Home Park, aka the Theatre of Greens (excellent stadium name). Hedman and an old friend, Ondrej Palat, are part of Argyle Green LLC, a corporation founded four months ago that invested $4 million pounds into the soccer club for a 20% share. “I have been a football fan my entire life and I am very excited to join Argyle as an investor and as a supporter. What Simon [Hallett, chairman and majority owner] and the team are building at Argyle is remarkable and reminds me of what we have built in Tampa with the Lightning,” said Hedman. It sounds like the infusion of cash will not be spent on players, but on infrastructure improvements to help ensure the long term success of the club. Hedman’s status as minority owner won’t take too much time away from the Big Swede’s day job. Michael Mincberg, president of Sight Development, a real estate development company, will be Argyle Green’s appointed board member for the club. Lightning / NHL News Lightning prospect Klavs Veinbergs makes Team Latvia [IIHF] Everyone’s favorite hockey underdog, Latvia, will have some help from a Lightning prospect. Klavs Veinbergs, a 7th round pick in 2022, is a forward with a little international experience having played in the World Championships. The 19 year-old left winger did not record a point in three games. In 47 games for HK Riga in the MHL he recorded 16 goals and 8 assists. Yakov Trenin and Nashville Predators await arbitration ruling [TSN] The first hearing of the 2022 Arbitration Season was held yesterday. Nashville filed at $1.35 million for two years and the 23 year-old’s camp countered with one year at $2.4 million. They will now wait until the arbitrator makes their decision. A host of teams settled with their arbitration-eligible players: Calgary Flames - Andrew Mangiapane - 3 years, $17.4 million Calgary Flames - Oliver Kylington - 2 years, $5 million Philadelphia Flyers - Zack MacEwen - 1 year, $925,000 New Jersey Devils - Tyce Thompson - 2 years, $1.525 million Looking ahead to the NHL’s top UFAs of 2023 [Sportsnet] The 2022 free agent season isn’t over yet, but why not look ahead to next summer? They listed Patrick Kane first, but it’s got to be Nathan MacKinnon, right? No, Alex Killorn didn’t make the list. Calgary Flames announce name of their new AHL affiliate [NHL.com] It’s the Calgary Wranglers. No word yet on their official jeans supplier.