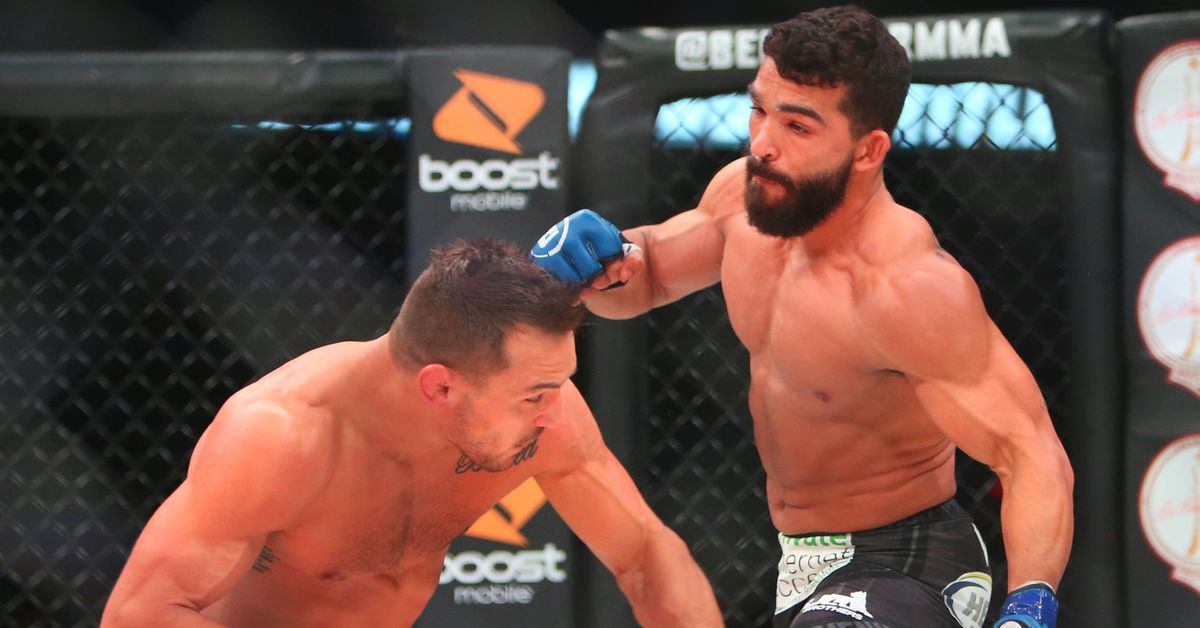 Patrício Freire when he KO’d Michael Chandler at Bellator 221. | Jerry Lai-USA TODAY Sports Check out all the Bellator knockouts pulled off by double-champ Patricio ‘Pitbull’ Freire. Tomorrow night at Bellator 263 lightweight and featherweight champion Patricio ‘Pitbull’ Freire defends his 145 lb title in the final of the Bellator featherweight grand prix. Meeting him in that final is the undefeated submission savant A.J. McKee. To get geared up for the showdown, Bellator have released a montage showing all of Pitbull’s TKOs and KOs inside the Bellator cage. Check out the video below for eight minutes of violence that includes his stunning finishes of Michael Chandler, Wilson Reis, Daniel Weichel and more. One of the stoppages in this collection is his KO of Pedro Carvalho at Bellator 252. That was the quarterfinal of the current featherweight grand prix. To get to the final, Pitbull then choked out Emmanuel Sanchez. In the first round of the tournament he took a unanimous decision win over Juan Archuleta. Those three wins extended Pitbull’s current winning streak to seven fights. Included in that streak is his TKO of current UFC lightweight Michael Chandler. That stoppage, which happened at Bellator 221 in 2019, earned Pitbull the Bellator lightweight strap. Pitbull’s last loss came due to a leg injury sustained against Benson Henderson back in 2016. His record currently stands at 32-4 with 11 TKO/KOs and 12 submissions.