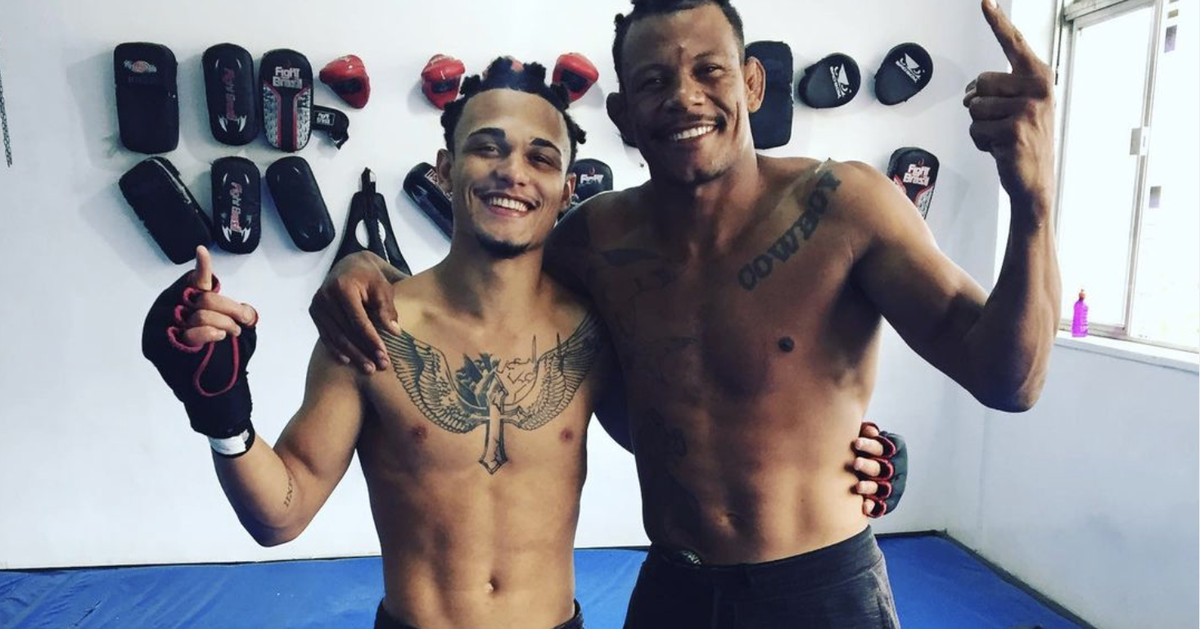 Daniel Lacerda (left) trains with UFC welterweight Alex Oliveira at Rio de Janeiro's ATS. | Photo via Daniel Lacerda A flyweight bout between Jeff Molina and promotional newcomer Daniel Lacerda is set for the UFC Fight Night show on Oct. 23, multiple people with knowledge of the booking told MMA Fighting following a report from Combate. The UFC has yet to officially announce the card and its headlining attraction, but it’s expected to take place at Las Vegas’ UFC APEX. Molina (9-2) is on an eight-fight winning streak with six finishes over the past four years, capped off by victories over Jacob Silva and Qileng Aori at Dana White’s Contender Series and UFC 261, respectively. Lacerda (11-1), a training partner of UFC welterweight Alex "Cowboy" Oliveira in Brazil, signed with the promotion after knocking out Rodrigo Sarafian at Shooto Brasil this past weekend in Rio de Janeiro, his third first-round finish in a row. The only blemish in his career was a shoulder injury suffered in a Shooto Brasil title fight in 2019.